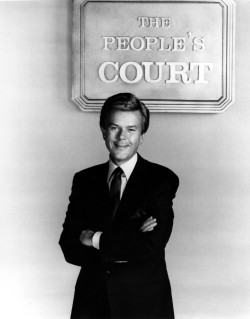 Doug Llewelyn Productions is the production arm of one of the television industries most accomplished producer-writer and on-camera talents.

Nationally recognized as the host of television’s “classic” version of the hit courtroom series “The People’s Court” with Judge Wapner, there is a lot more to the Doug Llewelyn story than most people realize. A former news reporter and magazine series host for the CBS-TV affiliates in Washington, D.C. and Los Angeles, Doug has an extensive background as a creative producer who has broken new ground in many areas of broadcast television, His credits include co-creating one of the most successful syndicated series on television today … executive producing two of the highest rated TV specials in history … and the creation of “The Electronic Press Kit” concept to promote motion pictures and corporate entities in television news and on cable. 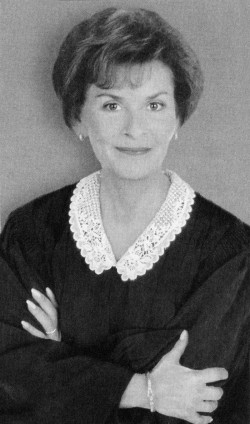 Following the demise of the original “People’s Court” and spending a year covering the O.J. Simpson trial in Los Angeles, Doug realized there was an opportunity for another courtroom series on national television. After extensive research and spending a week in Judge Judy Sheindlin’s courtroom in New York, where she presided over Family Court in Lower Manhattan, Doug convinced her to let him (and his partners) create a courtroom series around her and to sell it in Hollywood. She agreed and the result was a deal to launch the “Judge Judy” show nationwide in 1996. Almost an immediate hit, today “Judge Judy” is the highest rated syndicated series on all of television … a phenomenal success.

Among his other outstanding achievements are co-creating and executive producing the two highest rated syndicated television specials in American history, the worldwide broadcast – live from Paris - “Return To The Titanic … Live” hosted by Telly Savalas & “The Mystery of Capone’s Vaults” hosted by Geraldo Rivera and telecast live from Chicago.

A hands-on writer-producer who directed all the European based documentary segments of the “Titanic” production, Doug set a record as the first television producer to descend to the Titanic – 2.5 miles below the surface in a mini-submarine.

The program revealed the results of a six-week expedition to the North Atlantic site of the Titanic and unveiled many of the more than 1,000 artifacts retrieved from the ocean floor. The project generated worldwide headlines and the TV special decimated the audience of all the major television networks. 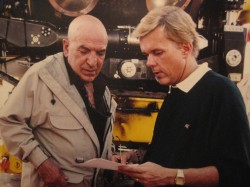 During his experience as a newsmagazine series host for CBS in L.A., Doug co-created the concept and pioneered the development of “The Electronic Press Kit” for Universal Studios. It consisted of a unique package of pre-produced television news stories on the behind-the-scenes process of making motion pictures which were broadcast by television stations nationwide. The “EPK”, as it came to be known, was such a huge success it was adopted by virtually all of the film studios and created a mini-industry in Hollywood.

For many years Doug traveled the world reporting and directing the news stories and featurettes on over 200 major Hollywood productions, including: “E.T. The Extra-Terrestrial”, OO7’s “A View To A Kill”, “Rambo: First Blood Part II” and 5 annual editions of “The Academy Awards.” 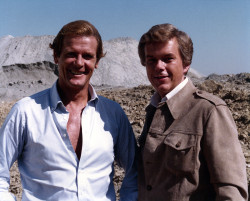 As a result of his experience with the film industry, Doug successfully adapted the EPK concept for use by corporate sponsors. He was selected by Apple Computer to create a special package of news material for worldwide broadcast documenting the creation of The Macintosh Computer. Additional corporate clients include the Hallmark Corporation, McDonald’s, The Universal Studios Tour, Nike,  The California Department of Tourism and The Shriners Hospitals.

For the past decade Doug has specialized in producing “24/7 – The Business News Magazine Show” and creating corporate profiles on well over one thousand companies and professional services throughout the United States.